Five Billionaires Who Live Below Their Means

At least once in your life - maybe even once a week or once a day for that matter - you have fantasized about coming into a lot of money. What would you do if you were worth millions or even billions? Believe it or not there are millionaires and billionaires among us who masquerade as relatively normal, run-of-the-mill people. Take a peek at some of the most frugal wealthy people in the world.

Millions of people read Buffett's books and follow his firm, Berkshire Hathaway's, every move. But the real secret to Buffett's personal fortunemay be his penchant for frugality. Buffett, who is worth an estimated $47 billion, eschews opulent homes and luxury items. He and his wife still live in their modest home in Omaha, Nebraska which they purchased for just $31,500 more than 50 years ago.

Although he's dined in the best restaurants around the globe, given the choice he would opt for a good burger and fries accompanied by a coldcherry Coke. When asked why he doesn't own a yacht he responded "Most toys are just a pain in the neck." (Find out how he went from sellingsoft drinks to buying up companies and making billions of dollars.

While most of the world is very familiar with Bill Gates, the name Carlos Slim rarely rings a bell. But it's a name worth knowing. Slim, who is a native of Mexico, was just named the world's richest billionaire – that's right, richer than the uber-famous Microsoft founder. Slim is worth more than $53 billion and while he could afford the world's most extravagant luxuries he rarely indulges. He, like Buffett, doesn't own a yacht or plane and he has lived in the same home for over 40 years.

The founder of the Swedish furniture phenomenon Ikea struck success with affordable, assemble-it- yourself furniture. For Kamprad, figuring out how to save money isn't just for his customers, it's a high personal value. He's been quoted as saying "Ikea people do not drive flashy cars or stay at luxury hotels." That goes for the founder as well. He flies coach for business and when he needs to get around town locally he either takes the bus or will head out in his 15-year-old Volvo 240 GL.

Growing up in the wake of The Depression as an Irish-American probably has something to do with Feeney's frugality. With a personal motto of "I set out to work hard, not get rich," the co-founder ofDuty Free Shoppers has quietly become a billionaire but even more secretively given almost all of it away through his foundation, Atlantic Philanthropies. In addition to giving more than $600 million to hisalma mater Cornell University, he has given billions to schools, research departments and hospitals.

Loath to spend if he doesn't have to, Feeney beats both Buffett and Kamprad in the donation category, giving out less grants than only Ford and the Bill and Melinda Gates Foundations. A frequent user of public transportation, Mr. Feeney flies economy class, buys clothes from retail stores, and does not wast money on an extensive shoes closet, stating "you can only wearone pair of shoes at a time". He raised his children in the same way; making them work the same normal summer jobs as most teens.

If you live in the Midwest chances are good that you shop at Meijer's chain of grocery stores. Meijer is worth more than $5 billion and nearly half of that was amassed when everyone else was watching their net worth drop in 2009. Like Buffett he buys reasonably-priced cars and drives them until they die, and like Kamprad he chooses affordable motels when on travel for work. Also, like Chuck Feeney, rather than carelessly spending his wealth Mr. Meijer is focused on the good that it can provide to the community.

The dirty little secret of some of the world's wealthiest people is that they rarely act like it. Instead of over-the-top spending, they're busy figuring out how to save and invest to have that much more in the future. It's a habit you might want to consider in order to build up your own little storehouse of cash.
Ilmu stories 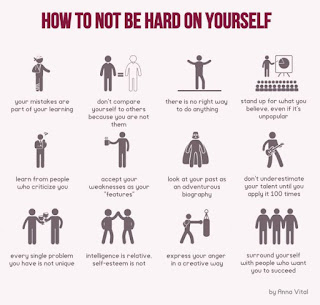 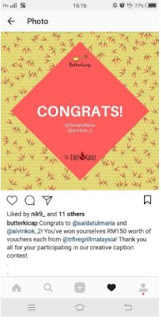